This article is the fourth in a series that will offer a closer look at some of the Louisiana businesses that have made a lasting impact on the oil and gas industry.

I spoke with John Peter Laborde, director of finance for Laborde Marine and third-generation member of the legendary oil and gas Laborde family. In Part I, we covered the family history and discussed the evolution of their businesses. Part II focuses on the challenges of the current offshore vessel market and opportunities for the future.

Laborde entered the family business not long before the 2014 decline and he describes the years since as “educational.” He says that in spite of the challenging market conditions, the company has been actively chasing higher utilization for its fleet, including outside of traditional oil and gas work. “This equipment deteriorates so quickly if it sits on the side. So we want to keep our crews employed, engines lubed, and vessels in the water.” 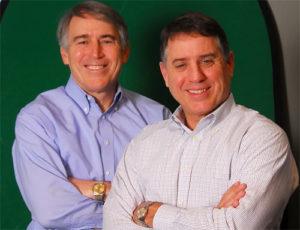 Laborde Marine chose to build its flagship deepwater vessels to comply with both subchapter L (oil and gas) and subchapter I (industrial) of Coast Guard regulations. That has enabled the company to keep their vessels working in other industries, working on everything from wind farms to subsea cable laying. They’ve supported hurricane relief operations for FEMA and moved cargo containers on the East Coast.

Another major prong of the company’s strategy has been their work managing chartered vessels owned by third-parties. They’ve also taken advantage of the large number of vessels that have been repossessed by banks in the wake of several bankruptcies. Financial institutions are in no place to operate these boats, Laborde explains, so they end up sitting in stack making no money and depreciating more each day. That’s why Laborde Marine approached several financial institutions and convinced them to put them to better use: “We were able to convince the bank that their asset was worth more with a working certificate than it was just rotting.” They were able to rehab the bank’s vessel and put it right to work, because it was one of the more in-demand types. They successfully made the same case to others, proving that the boats could be making money in these other markets because of their subchapter I certifications. It proved to be an effective way to bring in additional money and contracts without taking on new debt. Plus, keeping boats working means the company is better able to retain valuable skilled mariners needed to operate the vessels.

In the face of a great deal of the conventional wisdom about the future prospects of the Gulf, Laborde says they aren’t following the herd now either. “Yes, the deepwater market is growing, but the shelf is by no means dead and over with. There are a number of new players that have come online to the shelf. We’ve always believed that the shelf would recover faster than deepwater players, though it hasn’t happened as quickly as we hoped.” Laborde says the overbuild has created a situation where there are large, brand-new deepwater vessels not working, fighting over the few deepwater opportunities. “So we thought, okay fine, you guys can fight over the deep water, we'll go after the shelf, try to control that market. You get a lot of bread-on-the table type work from the shelf. Most of our fleet is staff supply or crew boats and those service mainly closer in assets or platforms.” Plus, he points out, the infrastructure for shelf work already exists, service costs are cheaper, and with several new entrants in the market, there’s money to be made in shallow water.

This approach has allowed Laborde Marine to maintain a high marketed utilization, meaning the boats they do have unstacked (which is most of them) are working. They also have one of the best fleet utilization rates in the Gulf because they resisted the temptation to bulk up during the last building spree like so many others. “Some companies, they built new boats and they went immediately out of the yard and straight into stack with wrapping still on them.So they overbuilt and overextended themselves, and the longer these vessels stay stocked, the less likely they are to ever come out, says Laborde. Sadly, this helps reduce the oversupply in the long-term, but it’s bad news for the vessel owners.

Stacking these vessels doesn’t prevent massive depreciation, though obviously it does eliminate the wear and tear of regular usage. But boats need to be working regularly to a) make money and b) maintain their operational health. A boat in stack doesn’t get maintained like an operational one does; Laborde says he’s even seen trees growing on the back deck of boats in stack. Plus, there’s an accounting angle to the process: putting boats in stack is a way of (at least temporarily, on paper) not reckoning with the real-life cratering of the asset’s value. These owners are essentially double-down on their already sunk cost, placing all their hopes on a rebound in contract prices that will let them someday work the boat. The alternative — selling the asset for a fraction of it’s replacement value — seems to be a reckoning that very few owners are willing to face head-on.

Laborde Marine has been able in some cases to take a few of these stacked vessels out and make money off them without incurring the debt of owning and maintaining them. So long as there are so many boats and ongoing low prices for daily work and contracts, their strategy seems like a smart way to make something good out of the bad decisions and/or bad luck that have affected others. There are still challenges in the offshore vessel market, although contract rates have started to rise a little. But a fundamental collective action problem persists: So long as vessel numbers remain stable or decline, prices are likely to improve. But a rise in prices may tempt owners to unstack vessels, worsening the oversupply and driving down prices once more.

In the U.S., the Jones Act requires that vessels traveling from one American port to another be built and flagged in the U.S. This protects local vessel operators from foreign competition, among other things, and it could create new opportunities for Gulf vessels to find work along the West and East Coasts of the U.S. For example, Laborde points to the boom in offshore wind farms off the Eastern U.S., which is set to outpace the infrastructure needed to support it. They need boats, vessels and other support equipment that can do everything from installing mooring to laying subsea cables in the offshore environment. There’s some uncertainty over whether an offshore structure like a wind-farm that’s connected to the seabed falls under Jones Act requirements, but assuming it does, there are virtually no vessels in the area to perform that work. So long as this work is reserved for American flagged vessels, Laborde says there is great potential that Gulf Coast businesses like Laborde Marine are poised to take advantage of.

For now, there’s work enough for their boats in the Gulf, but Laborde says that if long-term contracts were available in these distant areas, the economic incentives could change. If that market starts to develop, it could also prompt oil companies in the Gulf to more proactively secure vessel contracts to make sure they have boats available when needed. So in either case, Laborde notes, growth in other markets is likely to be a net positive for Gulf vessel owners.

John Peter Laborde III is the director of finance for Laborde Marine, and a third-generation member of the Laborde family of New Orleans, Louisiana. Laborde Marine Management, LLC is based in New Orleans and owns or operates a fleet of 25 vessels which service the offshore oil industry and other marine support activities.