This article is the fourth in a series that will offer a closer look at some of the Louisiana businesses that have made a lasting impact on the oil and gas industry.

There are few families that can claim to have had a bigger impact on the oil and gas industry than Labordes. Their contributions to the development of offshore drilling in the Gulf of Mexico are hard to overstate — their achievements in rig and vessel design have been recognized at the highest levels and recorded in history books. And today, their children and grandchildren are carrying on that pioneering legacy amid the challenges of today’s low-price environment, still thriving decades after others have faltered. Their secret? Tons of experience and a contrarian spirit. 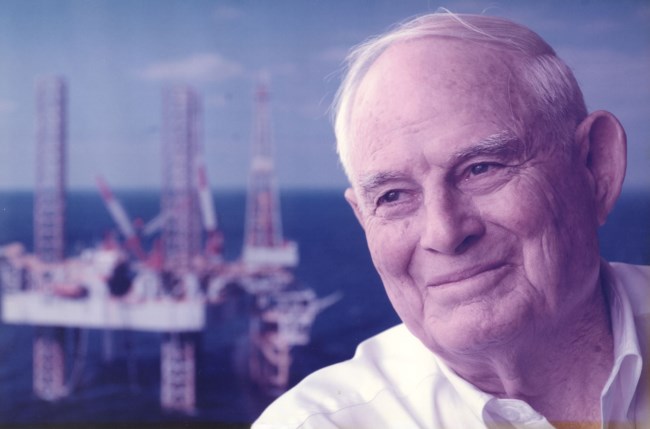 The story starts with the legendary Alden “Doc” Laborde, a former U.S. Navy engineer working for Kerr-McGee in New Orleans. He earned his nickname for ability to solve problems, and that ingenuity led Doc Laborde to an idea that would revolutionize the oil and gas industry — a design for a self-sufficient drilling rig that could be transported by barge or submersed and floated to drill in water depths of up to 40 feet. Until that point, submersible drilling barges were limited to shallow bayous and estuaries of no more than 15 feet. Laborde’s design called for large pontoon legs that could either be filled with water to sink the rig or pumped dry to float it. This was also an improvement on the cost and difficulty of installing permanent rigs; The Mr. Charlie could be floated to its next location when the work was complete. As obvious as the idea might seem in retrospect, for Kerr-McGee and all the other major players of that era, it sounded like a risky, unproven investment. Too many unknowns. They passed and Doc left the company still determined to prove his idea would work.

Eventually, Laborde convinced Charles Murphy, owner of a small independent out of Arkansas, to join him and help raise the money needed to build the prototype rig. Completed in 1954, Laborde named the new $2.5 million dollar rig the “Mr. Charlie” in honor of his benefactor. Shell put it to use drilling hundreds of wells up and down the Gulf Coast as did many others in its 32 years of service. Laborde founded ODECO (Ocean Drilling and Exploration Company) to design and build semi-submersible rigs for the entire industry. ODECO eventually become the largest rig producer in the world before being purchased by Diamond Offshore in 2007. The Mr. Charlie rigis now a featured exhibit at the International Petroleum Museum and Exposition in Morgan City. 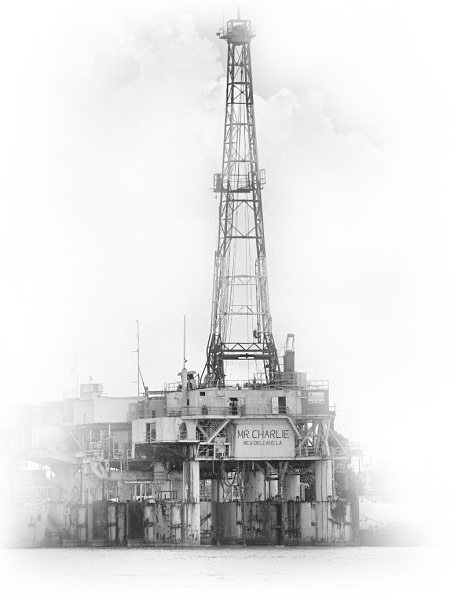 But Doc Laborde wasn’t done yet. Not long after he invented the offshore submersible drilling rig, he realized there was a glaring need for specially equipped support vessel that could service these new offshore operations. The existing barges couldn’t handle the offshore conditions and no offshore boats were suited to the needs of the work either. With his brother John P. Laborde’s help, (a Navy veteran and recent law school graduate) he designed and built the world’s first offshore support vessel, the Ebb Tide. Their key innovation to existing boats was to move the wheelhouse to the front of the ship, leaving the back deck open for cargo. Realizing the potential conflict of owning both the rig and the vessel, Doc Laborde stuck with ODECO and the rigs while John P. Laborde took the new vessel and founded Tidewater Marine Service (later Tidewater Inc.), where he would serve as chairman and CEO for several decades, growing it into the largest offshore support vessel company in the world. 1985, Doc Laborde was selected by Fortune Magazine for induction into the National Business Hall of Fame, alongside business luminaries like J.P. Morgan, John D. Rockerfeller, Walt Disney, Henry Ford and Eli Whitney. He passed away in 2014 at age 98.

While Doc Laborde led ODECO to great success and later co-founded Gulf Island Fabricators before retiring at 61, it’s through his brother John P. Laborde that a key connection to the present can be traced. For 40 years John P. Laborde worked to develop Tidewater into the biggest company of its kind, topping out at more than 700 vessels worldwide at the time of his retirement. He remained active in a number of industry, business and legal organizations, a noted philanthropist and (like his brother Doc Laborde) was honored by Louisiana Public Broadcasting as a “Louisiana Legend.” 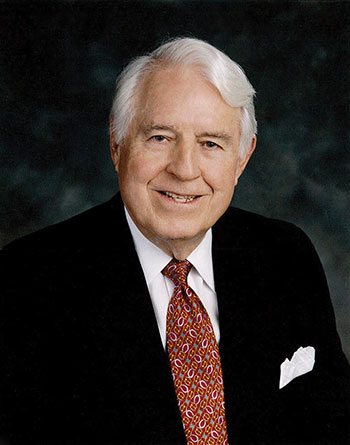 Two of Laborde’s sons, Peter and Cliffe, would each spend 15 years working for Tidewater, learning the ups and downs of the business — through the instability of the 70s and the economic crash of the early 80s. Following his father’s retirement from Tidewater in 1994, Peter Laborde decided to strike out on his own, founding Laborde Marine in New Orleans in 1995. He was only in his 40s, with three kids in diapers, but he knew the business better than almost anyone. He started acquiring vessels and building up a fleet, commissioning new builds including state-of-the-art, first-generation deepwater supply vessels.

His brother Cliffe Laborde joined him in 2007, and the two serve today as founding members responsible for the overall management of the company today. Cliffe’s son Ashton Laborde was recently named president of the company after working his way up over the past twelve years. John Peter Laborde III, son of Peter, also joined the family business, working as a part-time financial consultant for several years before being appointed director of finance last year. Their grandfather, John P. Laborde, now 95, still comes into the office three days a week.

Headquartered in New Orleans, Laborde Marine operates a fleet of approximately 22 modern offshore support vessels in both shallow and deepwater, crewed by the company’s team of skilled mariners. Laborde’s management team is a tightly knit group made up of family members and industry veterans, allowing for fast and flexible decision making that takes advantage of the deep knowledge and experience of the group. Laborde Marine is both conservative and opportunistic, a strategy that has helped the company survive and thrive for nearly 35 years in one of the most unpredictable industries.

I spoke with John Peter Laborde about growing up in the oil and gas business, Laborde Marine’s unique approach to doing business, why they enjoy being contrarians.

Growing up, John Peter Laborde and the other grandchildren were aware of their family’s involvement in the oil industry, and they knew the basic history of Doc and John P. Laborde. But it wasn’t until they got older that they realized the tremendous impact their grandfather and great-uncle had made on offshore drilling in the Gulf. Laborde recalls taking an energy accounting course while at Tulane and reading about his own family history in the textbook.

Laborde says he and his siblings were never pressured to join the family business, but they were offered the opportunity to be involved if that’s what they wanted. Laborde was interested in finance, and he saw an opportunity to carve out a role for himself in oil and gas accounting. He even studied Portuguese and Brazilian history since the company had operations there at the time. He earned a master’s degree in accounting and a master’s degree of management in energy, both from Tulane University. He’s been with the company for several years now, and currently serves as director of finance.

He says that his father Peter and uncle Cliffe are both deeply engaged in the company’s day-to-day operations, leveraging their decades of experience, knowledge of the vessels, markets and major players to keep Laborde Marine a step ahead of the competition. He explains that before the most recent crash in 2014, they were already alert to the danger of what they believed was a looming oversupply of new vessels coming onto the market in the Gulf. When prices dropped and the rig count fell, they did their best to work with their customers to renegotiate their vessel rates in exchange for contract extensions. Laborde Marine was among the first companies to begin stacking equipment and cutting costs.

“We want to be contrarians. We want to be looking when no one else is looking,” he says of their approach. His father and uncle were approached by countless banks before the crash wondering why they weren’t interested in taking their money to build new boats like so many others were doing. But they saw the oversupply coming and they knew from their many years of experience that even if prices didn’t fall (which unfortunately they did), the oversupply of vessels in the area would drive down day rates and make it harder for everyone to keep their boats at work full-time. So they zagged while others zigged.